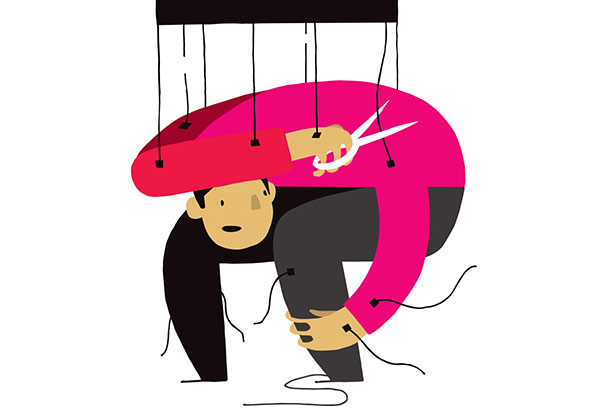 For the last few weeks, I have been ironically struggling with the idea of Free Will and whether or not I actually have it.  It seems odd, at least, to be wavering on the decision that I have a decision to make, but, alas, that’s what’s been happening.

Let me break down my choices for you.

First, there is the philosophy of libertarian free will which states that I, as an agent, have complete free will.  It takes into account that there are events that may influence my choice, but, ultimately, my choices are my own.  For example, I can choose to hit a baseball with my bat, however, I did not make the choice to throw the ball.  And, the choice to hit it or not is not based on anything but my own will – there are no prior events or decisions that led me to that choice. And, this philosophy also gives you room to have made a different choice given the same situation, a fantasy we all fancy at one time or another.

Then there is the opposite, known as determinism, which states that all choices are the result of prior causes – known or unknown.  In other words, free will is an illusion. Sam Harris, a neuroscientist, is a big proponent of this, as many other scientists are across many different disciplines. You can read Sam’s book, Free Will, which is a short, but enlightening read, or you can see him speak about it here.  He essentially lays out the case that your brain is making decisions before you’re even conscious of the decision.  Here’s one example he uses – think of a famous actor.  Think of another.  Now another.  Did you choose Sylvester Stallone?  You certainly know who he is, so why was he not presented as a choice?  Surely, your brain made the decision, for some reason, to not present him to you as an option.

(What I am not including here is fatalism which is a more extreme version of determinism that basically asks why you should make any decisions since shit is just gonna happen anyway, so you may as well just ride the wave.)

Then there is a third option known as compatibilism.  Compatibilism is basically a combination of libertarian free will and determinism.  It states that, although the choice is yours, your will is not.  Your will is determined (as determinism also states) by things like genetics, culture, nature, economics, etc., but the decision to act is yours.  As an example, you had no choice but to be homosexual, but you can choose how to express it or not express it at all.

They are all interesting choices and after thinking about it, I have ruled out libertarian free will.  It is really hard to see a world where our choices are not influenced in some way and we have complete control over them.  When given a choice, we don’t always do what we should – we eat bad food even though we know we shouldn’t, we smoke cigarettes, drink too much, etc., but we also have all the years of baggage and history that have shaped our minds in such a way that our consciousness limits our choices because that is what it is trained to do.  Students sit in assigned seats because teachers make them do so.  Because of that conditioning, those students go to college and sit in the same seat every time even though they aren’t assigned.

Of course, the problem with not having free will is that it gives an excuse to people who commit heinous crimes, which is pretty much what determinism does.  It states that all actions, all decisions, are determined by previous causes.  And, you can easily see how this is possible.  How many times have we heard about a mass murderer who was abused or was bullied? In some cases, they have physiological defects or brain damage or tumors that affect inhibitions.  That doesn’t mean they shouldn’t be punished, it just means that we should react differently.  Rather than feel anger or the need for revenge, determinism says that we should feel compassion because, if you think about it, if you switched places with that person and experienced exactly what they did, would you have made the same choices?  Determinism says, if all is equal, that you would.

Compatibilism is a cushy, yet wishy-washy choice.  I keep thinking that the reason I lean towards this philosophy is because I want to feel like I have some free will and that since I don’t know the “unknown causes” behind determinism, that I can take responsibility for some of what I do. But, this just seems like another way of defining libertarianism.

For a better explanation of Free Will vs. Determinism, see this fantastic video.
Crash Course Philosophy #24

This site is of the person, for the person and by the person and is, therefore, owned and operated solely by that person. That person is me, TJ. If you make any comments that I don't like, I will remove them. This is not a free speech zone for everybody. So nana nana na na, poopface!
Follow TJ Loves the F-Word on WordPress.com
%d bloggers like this: